You can find us

Restaurant Şirvan Sofrasi is located at the heart of the historical center of Istanbul, Sultanahmet, and just 20m from the sea (Catladi Kapi gate). Close to the Blue Mosque, in between the little Hagia Sophia Mosque and Arasta Bazaar, 100m from Blue Mosque and many other cultural delights. 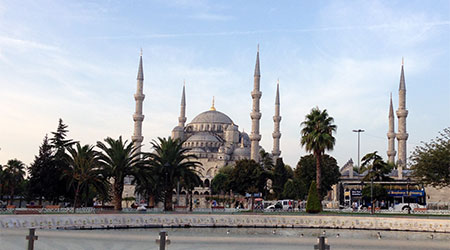 The Sultan Ahmed Mosque (Turkish: Sultan Ahmet Camii) is a historic Mosque in Istanbul. The mosque is popularly known as the Blue Mosque for the blue tiles adorning the walls of its interior.

It was built from 1609 to 1616, during the rule of Ahmed I. Its Külliye (the adjacent set of buildings next to the mosque) contains a tomb of the founder, a madrasah (school) and a hospice. The Sultan Ahmed Mosque is still popularly used as a Mosque. 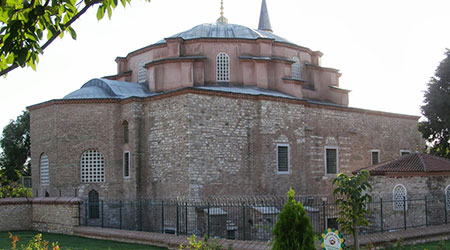 The little Hagia Sophia Mosque at the first was a church but later turned into a mosque. At the beginning, in the Byzantine Era it was constructed by the order of Justinian I (the Emperor of Byzantine) and his wife in order to be used as a church sometime between 527-536, just before Justinian built Hagia Sophia.

Named after Sergius and Bacchus (the two main saints of Christians in the Roman army), it has been known as Little Hagia Sophia. 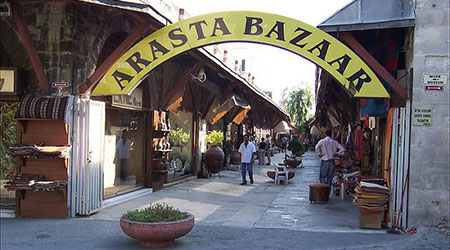 Arasta Bazaar is located on the southeast side of the Blue Mosque, not far from Şirvan Sofrasi.

While you’re here, you can visit the Great Palace Mosaic Museum beneath the Arasta. An Arasta is a series of shops built beneath or near a mosque. Rent from the shops provides money for the maintenance and repair of the mosque.

See the Arasta Bazaar website with a virtual tour of the bazaar and shops. 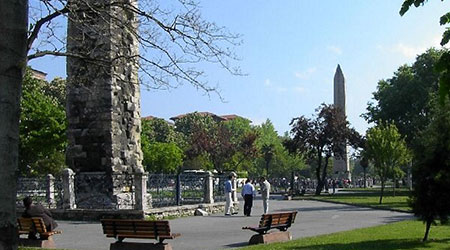 The Hippodrome of Constantinople was built as an arena (in 203 AD) that became the sporting and social center of Constantinople, the old name for Istanbul when it was the capital of the Byzantine Empire.

Today it is a square named Sultanahmet Meydanı (Sultan Ahmet Square) not far from Restaurant Sirvan Sofrasi, with a few fragments of the original structure surviving. It is sometimes also called Atmeydanı (Horse Square) in Turkish.

You find more information on Wikipedia 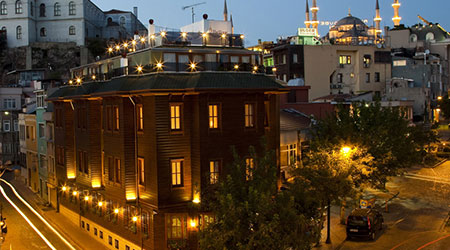 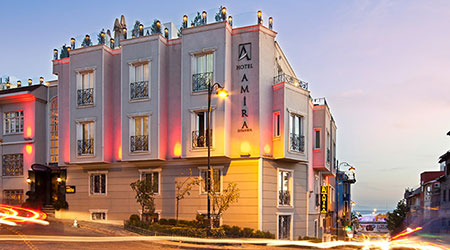 Amira Hotel is a boutique hotel in Istanbul located in the historical Sultanahmet area, almost next door to Restaurant Şirvan Sofrasi. 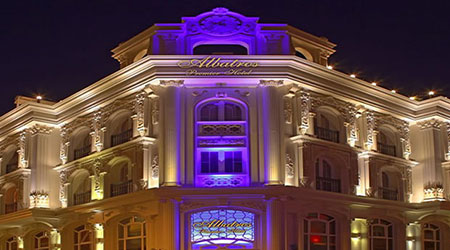 Albatros Premier Hotel is also located in the historical Sultanahmet area, close to Restaurant Şirvan Sofrasi and opposite Amira Hotel. 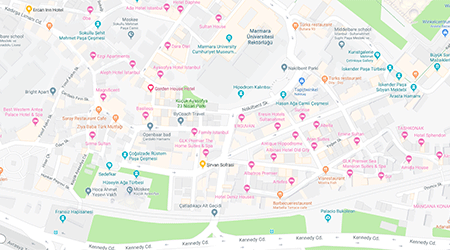 Other Hotels in the neigbourhood

There are a lot of hotels in the vicinity of Restaurant Şirvan Sofrasi because of the location close to all the tourist attractions.

We can also recommend two hotels a few minutes walk from our location: Sokullu Pasa Hotel and Garden House hotel, both 4 stars hotels.

Drop Us a Line

Don’t be shy. Let us know if you have any questions!

Where you find us

We are located at the heart of the historical center of Istanbul, Sultanahmet, and just 20m from the sea (Catladi kapi gate). Close to the Blue mosque, the little Haggia Sophia mosque and Arayan bazaar, 100m from Blue mosque and 20m from many other places of interest.